With the support of the Rezolve management team, combining expert knowledge and decades of collective experience in commerce and payment technologies, Rezolve’s vision is to create a seamless experience across all purchase channels in an always-connected digital landscape where consumers are constantly on the move.

Is an eCommerce veteran and serial entrepreneur. Prior to the World Wide Web, at the age of 20, Dan created the first online information service M.A.I.D. decades before the internet was commercialized and built the business into the global market leader, when it was sold to Thomson Reuters for $500 million. Dan then developed Venda – the first provider of on-demand enterprise eCommerce - which counts Tesco, Laura Ashley, Neiman Marcus, Lands End, Under Armor and TJX Companies among its clients before the company was sold in 2014 to NetSuite a subsidiary of Oracle Corporation. Dan has created numerous other tech businesses including SmartLogik, BuyaPowa, Powa, Attraqt all focussed on internet commerce.

Peter Vesco is an experienced international leader and corporate executive-turned-entrepreneur with over 20 years of experience in the digital, financial and mobile services and information technology sectors. He has held a number of strategic, executive roles in a wide range of businesses, e.g. CEO ClickandBuy, SVP Deutsche Telekom Payments, President Hypercom EMEA, etc...

Reuben Pandian has over 26 years Leadership experience across industries in Marketing, Product Management, Sales operations, Supply chain, Process Integration and Digital commerce. Before joining Rezolve, he was the Chief Omni Channel & Strategic Alliance Officer with the Tata group, and is an Omni channel thought leader. Prior to Tata Reuben has held leadership positions at Reliance Industries and Arvind Retail.

Dr. Salman Ahmad brings more than 20 years of combined experience in mobile software technology and applications, as well as Web and server technologies. Previously, Salman was the CTO and co-founder of Kenja Corp, an enterprise workflow platform. Prior to that, at Picsel Technologies. Salman earned a 1st Class Honours degree in computer science and a doctorate in 3D graphics and AI, both from Loughborough University, UK.

Arthur Yao is a thought leader on the convergence of technology and the China market. As Managing Director, he has successful brought global organizations to the China market, resulting in exponential growth. With a vast network across multiple industries, Arthur is able to bridge the cultural divides by foster win-win partnerships.

Born in Korea and raised in France Sungwook has over 25 years of retail and marketing experience in both Europe and Asia. He has developed his skills working for world leading companies such as Louis Vuitton, Roger Dubuis, Audi and Porsche Design but also strengthened his business skills by managing consumer goods brands such as Zwilling JA Henckels, Fogal and Cross.

As a management consultant for more than 20 years, Edward Huang is the key advisor to the top 50 corporations across Taiwan. His focus on technology transformation has resulted in significant changes in the financial services and telecommunication industries. With a global education in the US, Ed brings the western innovation to the Taiwan market.

Nilesh Mate comes with a rich experience of more than 24 years in diverse verticals like Manufacturing, Networking, Telecommunication and Digital Payments. Before joining Rezolve Nilesh has shouldered key leadership positions at organizations such as BMC Software, Tech Mahindra and Amdocs. Nilesh has been time and again recognized and appreciated for his excellent leadership skills leading to development teams with exceptional strengths.

Tony is a global visionary with a keen eye for businesses that change the status quo. Tony brings his profound knowledge on both private and public sectors to the management of Rezolve. Former Chairman of Panmure Gordon stockbrokers and President of Europe for Pacific Telesis, Tony also has had exceptional experience in chairing the NHS Trust and being Chief Operating Officer to The Conservative Party until 2014.

An experienced Financial Controller and an accomplished General Manager with management, financial and operational experience at MAID, Versata and Venda. Experienced in all areas of financial strategy and responsibility, shareholder liaison (including Private Equity and public market), company secretarial and human resource management.

Justin is currently Vice Chairman of Terrafirma, where he acts as an adviser to the General Partner and non-executive Director of Marks and Spencer. Justin sits on the PIB of PWC and was awarded a CBE (Commander of the Order of the British Empire) in 2011. Prior to this, Justin was the CEO of Sainsbury’s between 2004 and 2014, where he led the business through a major turnaround which led to nine years of profit growth.

Steve is an experienced Executive in Retail Financial Services and Digital Payments, He was at Visa for 25 years, firstly as Head of Strategy, then Chief Financial Officer, over 15 years as Chief Commercial Officer, and more recently as Chief Digital Officer Steve retired from Visa in December 2015. An economist by training, Steve has broad experience as a Director and Chairman of UK and European Boards.

John brings significant experience to the Rezolve board, having been the managing director or executive director of several businesses, including BMW (GB) Ltd, Volvo GB, Volkswagen/Audi, Grundig (Great Britain) Ltd, and Hasselblad (US and UK). He studied law and economics at the London School of Economics and marketing at the Institute of Marketing. He is also an alumni of the British and American program in marketing management at the Harvard Business School.

Anthony is a serial entrepreneur, investor and board leader with more than 35 years’ experience, in more than 30 tech ventures around the world, from foundation to flotation. Ant has been an early-stage investor in tens of businesses, including lastminute.com, GoAmerica, and Silicon.com. He has also built and floated businesses on the LSE, NASDAQ and several secondary markets.

Sir David is the UK’s former ambassador to both the Republic of Korea and Japan. During his distinguished career he was Vice-Chairman of Barclays, Private Secretary to HRH The Prince of Wales and the first CEO of British Trade International, subsequently UK Trade and Investment. Sir David’s unique experience is extremely helpful to Rezolve both in Asia and elsewhere.

Yasin is a German entrepreneur, investor, author and film producer based in London. He was the youngest person in Europe ever to have obtained a banking license (age 29), and subsequently founded and ran his own investment bank, successfully taking it public in 2007. He is also the founder and former CEO of the Frankfurt Stock Exchange-listed NAGA Group AG (majority acquired by the Chinese FOSUN Group in 2019).

Our Philosophy and Mission is…

…to help make the world an easier safer and more convenient place to live.
‍
…to help businesses unlock the power of their brand through intelligent well designed mobile technologies that make it easier for their customers to interact, buy or pay with instant simplicity and confidence. 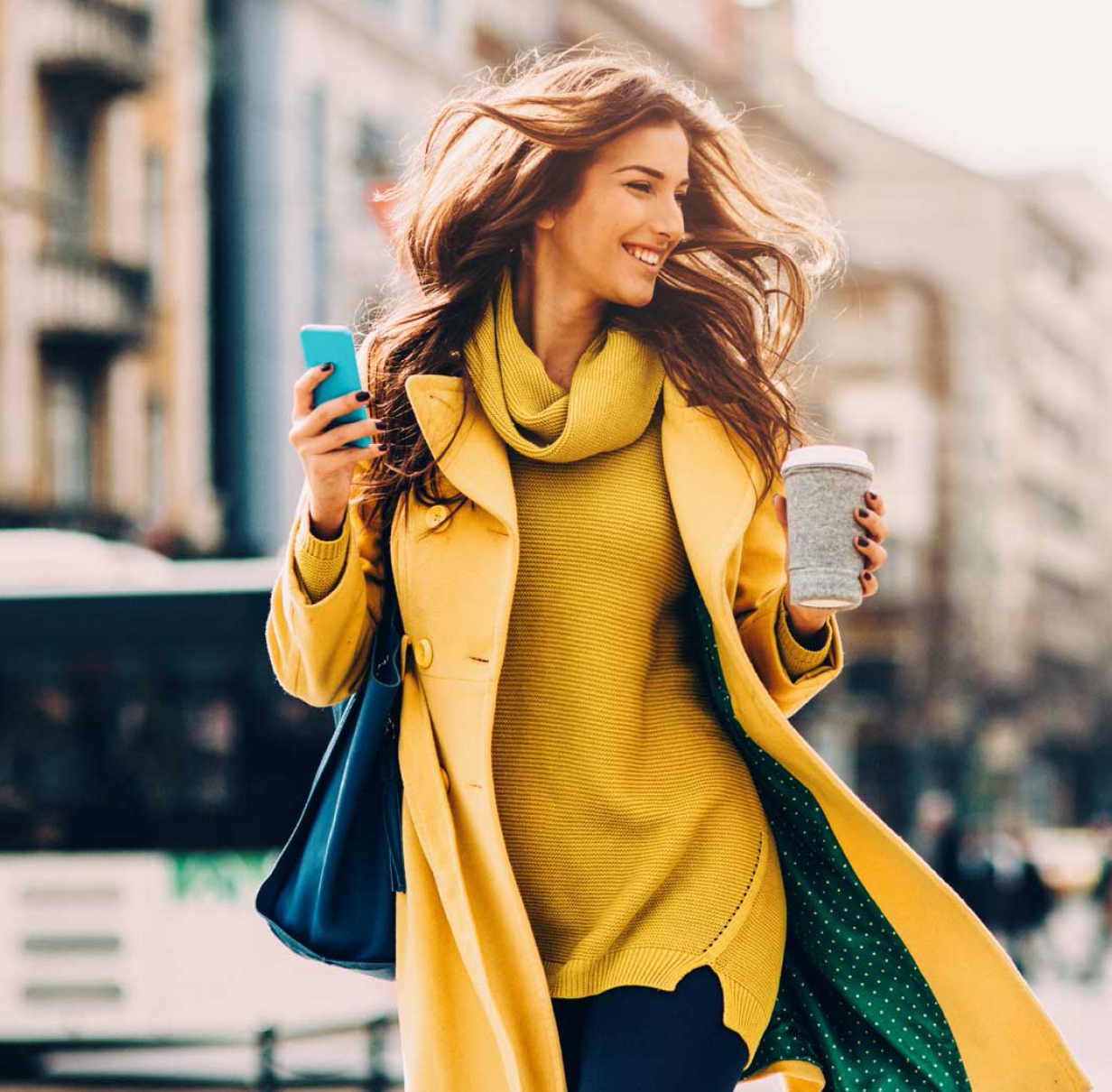 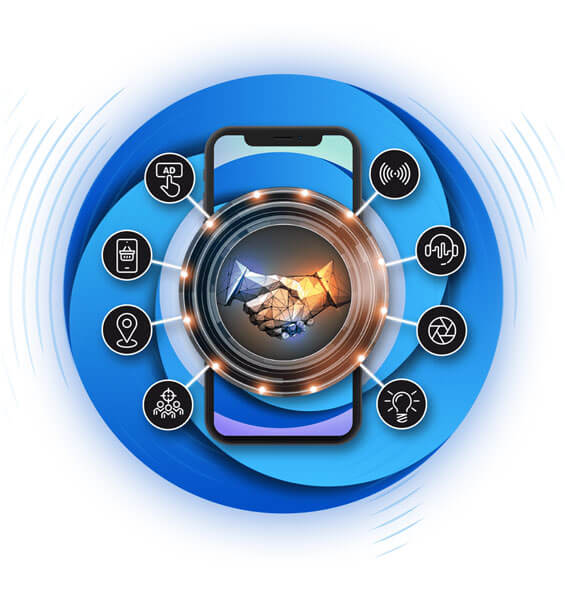 Rezolve is committed to creating retail and marketing solutions that level the playing field, and give any business owner the ability to grow their sales and find new customers.

Our solutions harmonise the physical world and the digital world, and provide personalised and rewarding experiences for customers that keep them loyal and engaged.

Targeted, personalised messaging that is proven to  increase responses, sales and marketing ROI.

Measurable print media combined with GeoZone interaction data shows where and when your promotions are working.

An easily-integrated development kit together with a dashboard to run and manage your own marketing campaigns.

Infuse your life with action. Don’t wait for it to happen. Our customers are relying on us to deliver a great product, brilliantly engineered and on-time. Be inquisitive and pro-active until your good is great and your great is greater.

Being brilliant is so much more rewarding and respected when your quiet about it. We employ brilliant people who have a proven track record in deploying life changing technologies… but what makes them even more brilliant is quietly getting on with creating retail solutions that makes life easier to control and for everyone to enjoy.

RESPECT TIME & ONE ANOTHER

Time is such a precious commodity use it wisely without stepping on others along the way. Part of our mission is to help make the world a better and easier place to live. When creating products or going about your daily duties… take time to help create time and involve your team along the way. A job worth doing is a job worth doing well for everyone.

When you take responsibility something amazing happens. You become a leader! One of the greatest challenges in your life is taking responsibility for what you do and how you do it. If you see or hear something is wrong don’t waste time blaming others. Start leading with a solution.

Before you explain or develop something, ask yourself the same question Einstein once quoted “If you can’t explain it to a six year old, you don’t understand it yourself”. Simplicity eradicates frustration and helps develop confidence and a willingness to get involved. Start everyday with simplicity in mind.